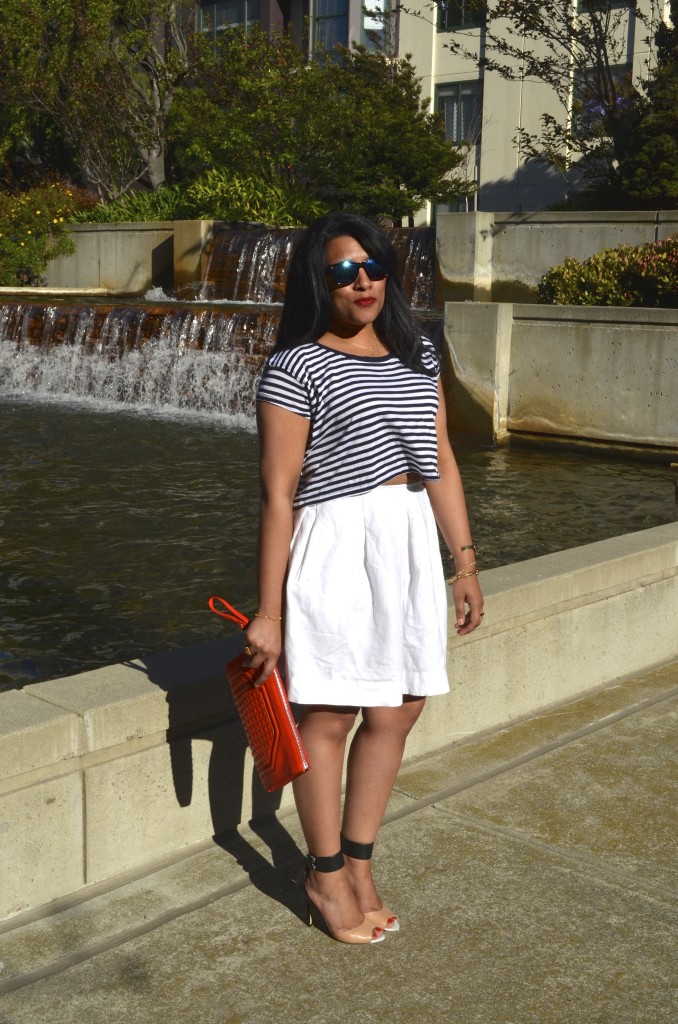 I can’t believe July 4th is this Friday! I still feel like it was just New Year’s Eve, like yesterday, and it’s already time for July 4th weekend? How is that possible, you guys?? Am I the only one who’s kinda caught off guard by this? I’ve never actually done a July 4th outfit on the blog, but this time around, it all just kinda came together while I was supposed to be window-shopping (is that even possible?) this weekend. For me, this is the perfect July 4th outfit – everything about it is quintessential summer. By the way, how was you guys’ weekend? You can see snippets of mine on Instagram!

Friday morning, I had a meeting, and then I was meeting with my friend, Ami for some veg sushi (I’m vegetarian!). I had some time in between my meeting and lunch, and I was in Union Sq so, I decided to check out the Zara sale. That’s when I found this crop top, and had a eureka moment – “OMG this would be perfect for a July 4th look!”, and right away, I had an image in my head of the look I wanted. The tough part was finding the perfect skirt. So, I continued to browse through the mall and lucked out with the skirt as well! I’d say it was a successful shopping day! After lunch, I got home to work for a few hours, but ended up taking a long nap. After waking up and working for a bit, I went out to dinner with a friend of mine and her husband. We went to Don Pisto’s for some pretty good Mexican food, and then we went to Double Dutch in the Mission. I actually loved Double Dutch, because they played old school hip hop! After Double Dutch, we went to El Farolita Taqueria, in the Mission, for after party burritos. If you guys haven’t been there, you really need to! The burritos are SO freakin’ good!

On Saturday, I woke up super early to watch the Brazil vs Chile match. The World Cup has been taking over my life, and that match was insane! Any of you guys following the World Cup? That match, the adrenaline, I felt so sick, I thought I was gonna throw up! After the game I went to the Popsugar & Simple Skincare event I mentioned in this post, and it was so fun – free massages and all! I was supposed to meet up with some friends, at a bar, to watch the Colombia match, but my friend text me 15 minutes after the game started, and told me the place was at capacity. I was so bummed by that, but I ended up making a new friend at the Popsugar even and we hung out at the Ferry Building farmer’s market – the weather was beautiful in San Francisco this weekend and it was also pride weekend! I went home for a few hours, and then went to a charity fundraiser event for a friend of mine. I went home to take an hour nap, and woke up 7 hours later, at 4:30am! I was so freakin’ bummed, you guys, because I was supposed to go to the Castro for a pride party!! Anyhoo, yesterday I watched the Mexico match, checked out the pride parade for a bit, and then watch the Costa Rica match! A few years ago, I spent some time in Costa Rica, and it has a very special place in my heart. So, I am definitely rooting for them. It was a ridiculously close, intense match. They won, and I lost my voice. I might also have lost some years off my life, from all the anxiety, but it was well worth it! And now, I’m working on this post, eating Haagen Dazs Dulce de Leche, and watch Devious Maids. Do any of you guys watch that show? It’s so entertaining! 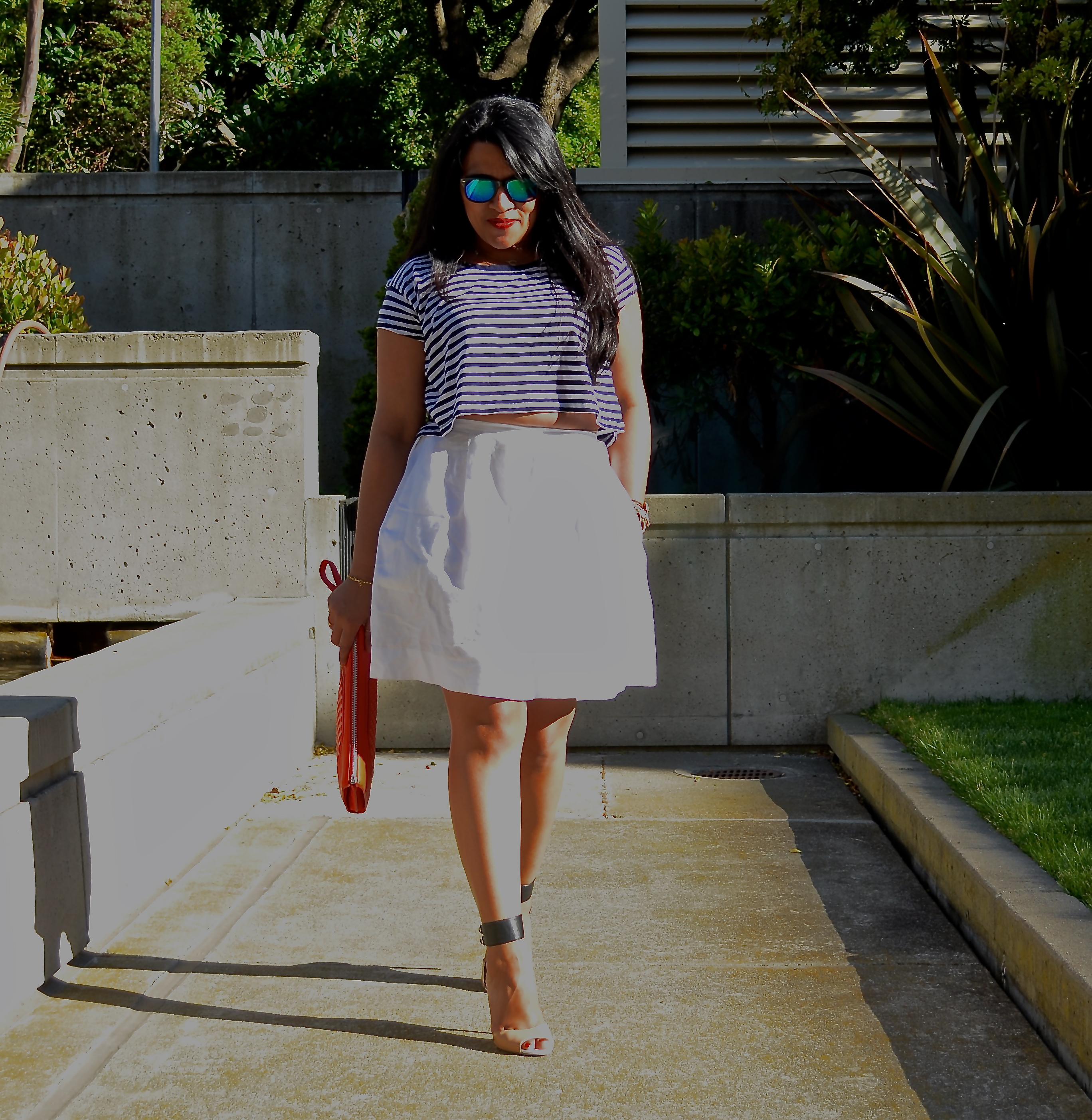 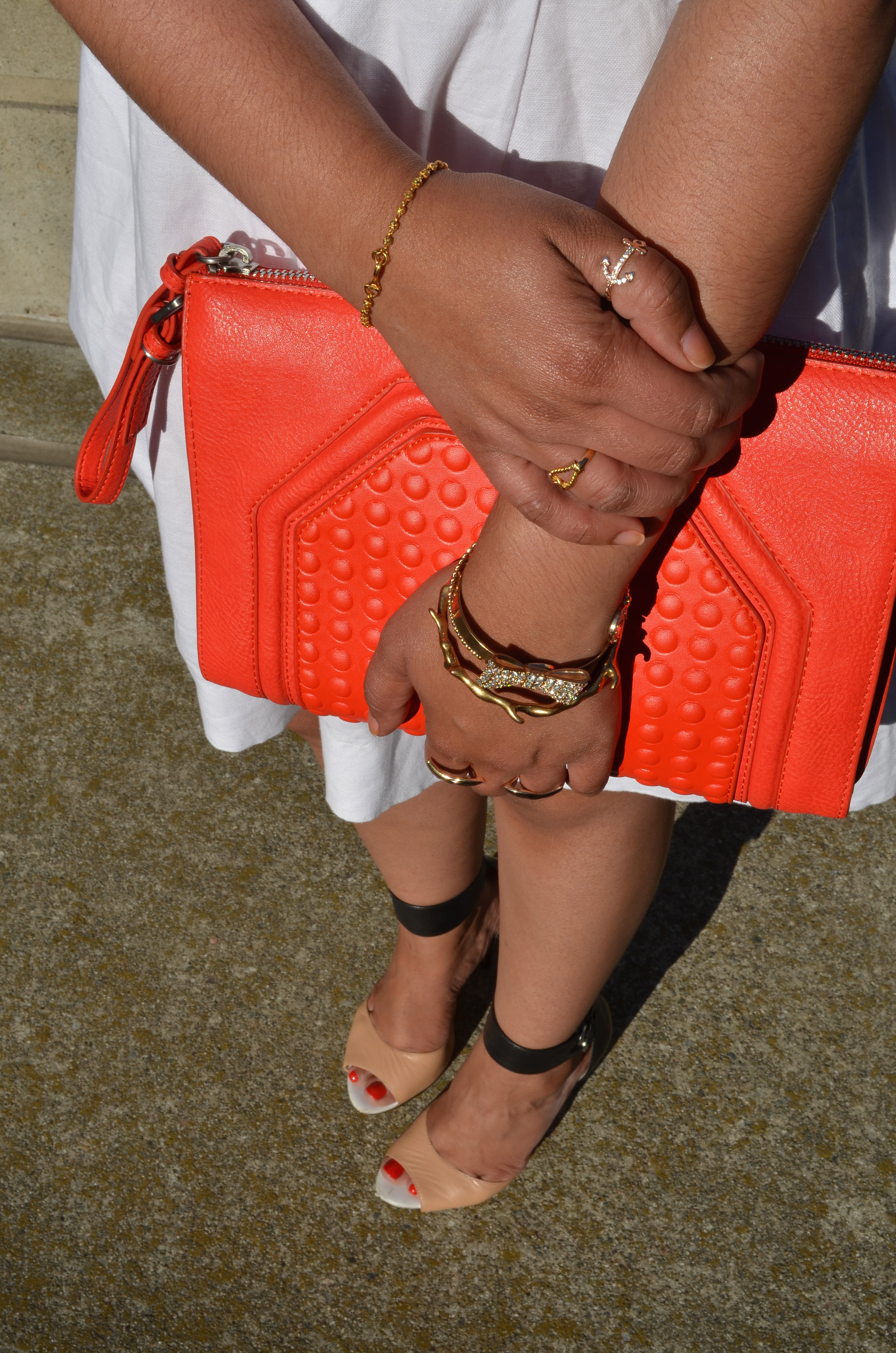 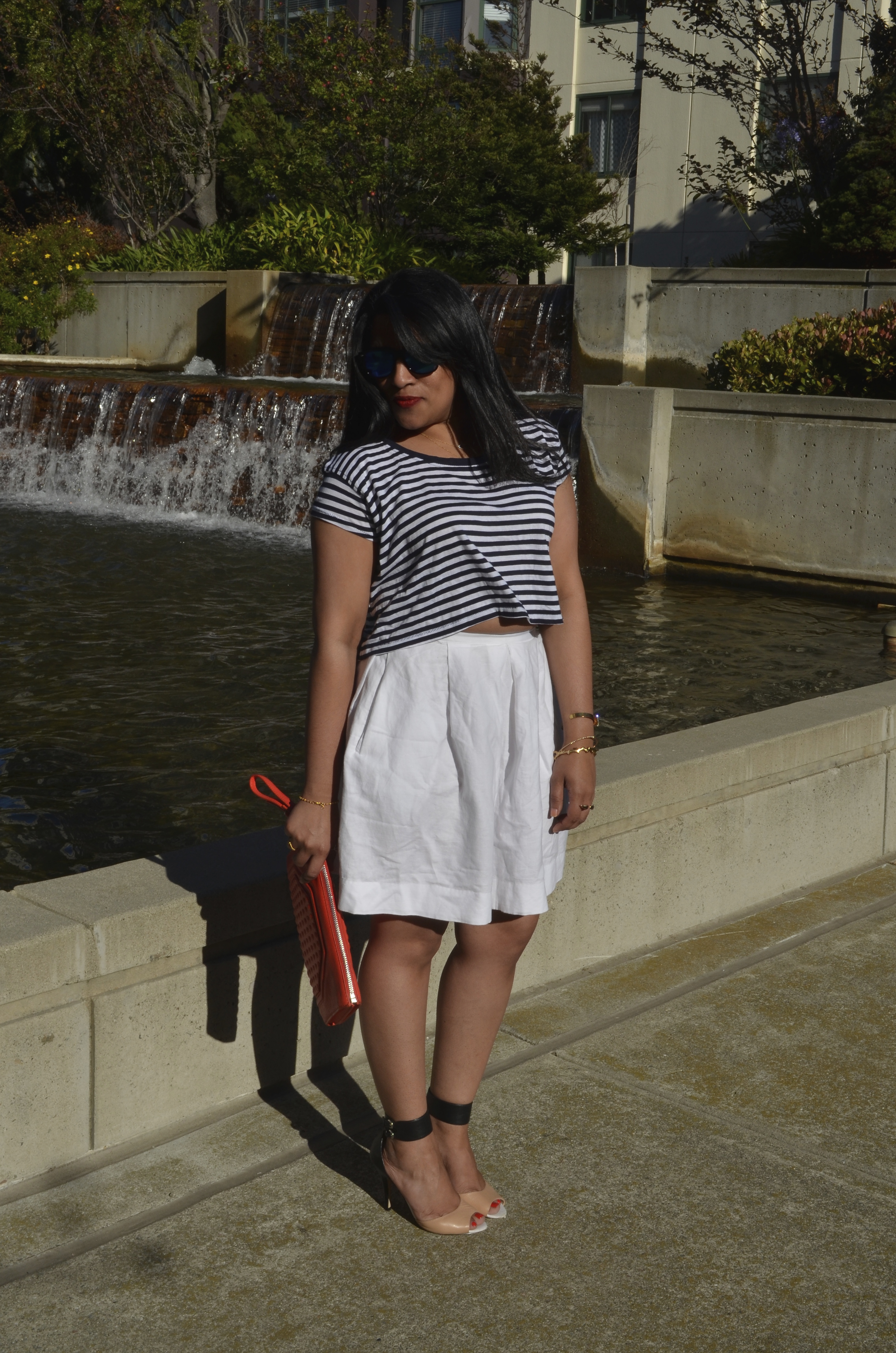 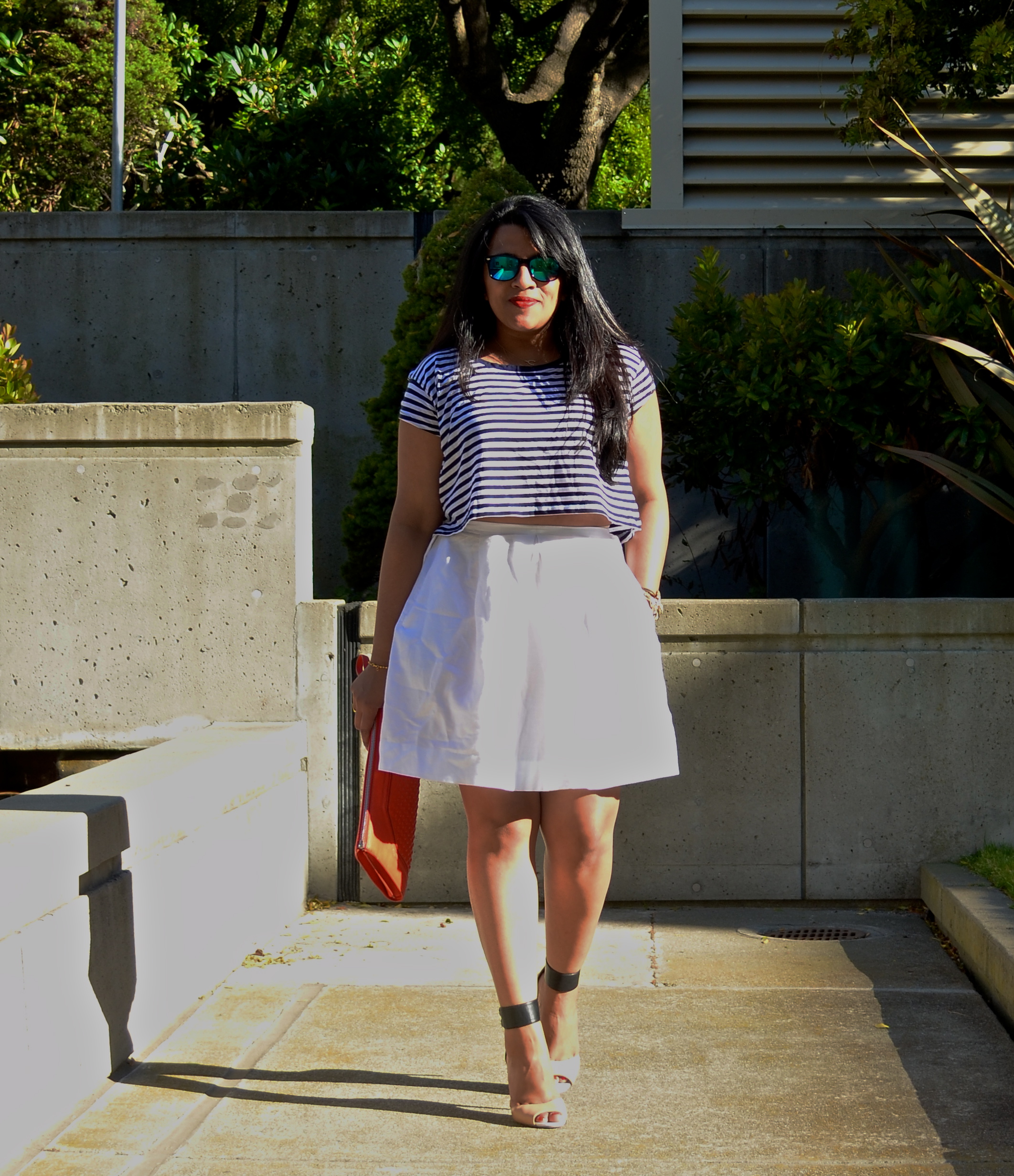 So, what is your perfect, July 4th outfit?